Entrepreneurs come from all walks of life and many people would not think of Mother Teresa an entrepreneur.  I am very fortunate and grateful to say that I had the most wonderful opportunity to meet with her personally and be a part of her organization when I volunteered at her Missionaries of Charity in Calcutta, India.  This prompted me to learn more about her journey as well as visit some of the establishments she created.

Did you know that prior to starting her order, she was a principal of a school for affluent girls?  She was in her late 30’s when she received her calling from God and was in her early 40s when she began her work that she is most famous for. Does that sound at all familiar?  Many of my clients were working in their full-time salaried jobs and either by choice or by circumstance found themselves on their own and realizing that they had a big message or calling to share with others and went out on their own.

The first task that Mother Teresa took on was to create the House of the Dying.  The location she chose was very close to a well visited temple and attracted people from all over.  When the city council and neighborhood authorities heard of her plan to create a place for homeless dying people to reside, what do you think their reaction was?  Keep in mind that she was not known by anyone at this point.  Let’s just say that having this facility in their backyard was not high on their agenda and it was met with extreme opposition.  She had to sell the idea to the authorities and build the relationships to help this cause.  In addition she had to procure the necessary items that would be needed, build a team a willing volunteers, and convince her “customers” to come and that it was a safe place.  Building the House of the Dying was a major feat and was filled with hurdles.  Do any of you feel this way?

Mother Teresa was one person.  She was given the vision and she had the courage to follow this vision. But she had to take all the tedious and monotonous steps to make it a reality.  She had to overcome objections, advertise, purchase supplies, etc etc.  Each action took her to the next step and she went on to create a worldwide phenomenon in her lifetime.

Founder of the boutique website agency, Web Pages That Sell, Rebecca Metz loves to learn new and exciting things and share what she has learned. In addition to getting her geek on with technology, she loves to find ways to make it work for others. 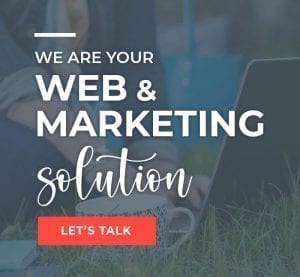 Subscribe to our weekly newsletter below and never miss the latest product or an exclusive offer.